American Barbeque Showdown is a cooking competition style show that debuted on Netflix during the final days the Summer of 2020 – providing a much needed slice of life during the frustrating ‘pandemic’ lockdowns that plagued us this year. The show is definitely worth a watch for for fans of cooking shows, especially those who want to up their BBQ game. In this article, we’ll give you a few tidbits about the show, tell you what smokers the cooks used on the show, and provide links to learn more.

Where to watch American Barbeque Showdown?

American BBQ Showdown is only on Netflix so you’ll need a Netflix subscription to watch it. There is currently 1 season of 8 episodes. Here is a direct link to the title on Netflix.

What is American BBQ Showdown about?

American BBQ Showdown features 8 of the country’s best backyard smokers and pitmasters competing in a series of 8 BBQ smoking trials as they vie for the title of American Barbecue Champion in a fierce but friendly faceoff. In each show, one contestant is eliminated by the judges. Here is the official Trailer for American BBQ Showdown

What Smokers are used on American Barbeque Showdown?

One of the things I was most interested to see about the show American BBQ Showdown was exactly what smokers the chefs would end up using most often. From what I saw while watching the show, the most popular smokers used in the show were: (click any pic to learn more)

Far and away the go-to smoker for the contestants was the Lang 48″ Offset Smoker (which actually debuted on the show) – this is not surprising given their experience with smoking as many of the cooks were said to be competition smokers and an offset smoker is a de facto requirement on that circuit.

The runner up to the offset smoker was the kamado grill – on the show that was the Big Green Egg. You’ll know from our site that we are BIG fans of kamado style cooking and love our BGE and Kamado Joe smokers.

Third most popular was Traeger Pellet Grill and the simple but masterful Weber Kettle. The Pit Barrel was used numerous times and even a simple dutch oven over an open fire was used when the cooks made various stews.

Who are the judges on American Barbeque Showdown?

Left to Right the hosts & judges are…

Who are the contestants on American BBQ Showdown?

Fun fact, Rasheed Philips has become so popular from the show that he now has his own podcast!

Rasheed won fans galore not only for being an amazing cook on the show but also for having heart – during episode 5 when Ashley was having a hard time with the wild game meats and seemed like he was about to quit, Rasheed stop multiple times to help Ashley – mind you this is a COMPETITION and Rasheed put that aside and helped his fellow man. Amazing stuff! You can learn more about Rasheed on his blog: https://philipsbarbequeco.com/

Tina is a long-time competitive BBQ competitor and, together with her husband and their beloved rescue dog Cody, Tina has been the pitmaster of numerous championship cooks. She’s no stranger to cooking shows either – having also appeared on a 2014 Travel Channel show called “American Grilled” and also as a regular guest on the multi-season BBQ show called “Bama-Q” (a 30-minute TV show that follows members of the Alabama Barbecue Association as they compete against the best of the best BBQ teams from all over the US).

How do I shop for the Smokers used on American Barbeque Showdown?

The Lang 48″ Deluxe Offset Smoker is currently only being sold on Lang’s website – you can learn more about it here: Lang 48″ Models

The Big Green Egg Smoker is sold throughout the country and online. If you already have a BGE, you’ll enjoy this article…

Traeger is THE name in pellet grills and you can show for Traeger on Amazon or easily find the model you want on our site. Here’s one of many articles we have on how to choose the Traeger that right for you…

The Weber Kettle is ubiquitous among the smoking community and it’s easy to find these grills. Here’s a link to Weber’s page on Amazon.

Pit Barrel Smokers are making a comeback and Amazon has numerous barrel smokers to choose from. Check out this page of 4-star rated Barrel Smokers.

Wanna cook over an open fire like in the show? Then get yourself a Lodge Campfire Dutch Oven and a Campfire Tripod. Here’s what you want… (click the pic to learn more)

Did you watch the show? Which contestant did you like the best? What recipe really surprised you? What are you smoking on now? Share your take in the comments below…

Why Shop with Us?

Lord of the Grills is a powerful “Amazon Shopping Portal” that helps you find your favorite BBQ grilling & outdoor living products. Here’s how it works:

BBQ Gift Sets for Any Occassion 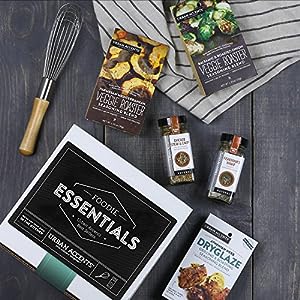 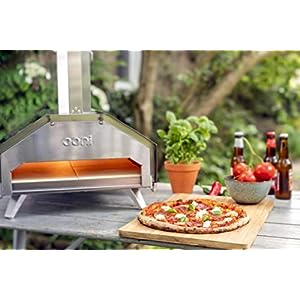 Must Have Grilling Accessories 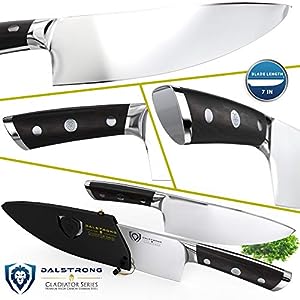 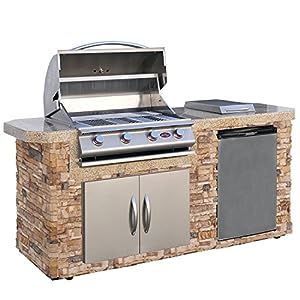 We are a participant in various affiliate programs such as the Amazon Services LLC Associates Program – affiliate advertising programs designed to provide a means for us to earn fees by linking to Amazon.com and affiliated sites.